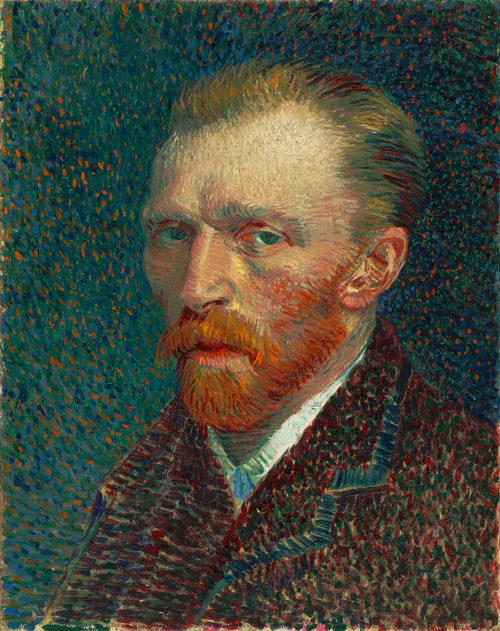 On the occasion of the anniversary year of Nuenen Gerwen and Nederwetten 200, Brass Band Nuenen is organizing a performance in the autumn of 2022, which will be a compelling musical tale about the dramatic love affair between Vincent van Gogh and his neighbor Margot Begemann. 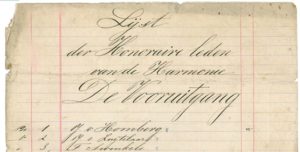 As a result of research for this event Arie van Kuijk, archivist of the brass band, came across an overview of the Honorary Members of “Harmonie De Vooruitgang”. The name V. van Gogh is mentioned on this list, which dates from around 1885.

Research by Ton de Brouwer, van Gogh expert and author of several books about van Gogh, shows that this must have actually been Vincent van Gogh. It turns out that Vincent van Gogh was involved in the founding of “Harmonie De Vooruitgang”. He was an honorary member and contributed financially to this. Vincent was a statutory member of the association with certain privileges and duties to the wind band.

This discovery is of great historical significance and means that the image of Van Gogh being an outsider in his Nuenen years is incorrect. An Honorary Member at that time was one who was reasonably well-to-do and of impeccable behavior. Van Gogh had to be approved by both the board and the working members before he could become an Honorary Member. With this honorary membership, Van Gogh found himself in the upper echelon of Nuenen society, alongside manufacturers, entrepreneurs, mayor, aldermen, councilors and rentiers.

In the autumn of 2022, Brass Band Nuenen will present the musical performance “Margot”. This performance is therefore performed by the music association of which Vincent van Gogh was one of the founders. This reveal, and more undiscovered facts, will make for a performance not to be missed. More information about this performance will follow later.

Do you have any questions regarding this message? Mail to info@brassbandnuenen.nl